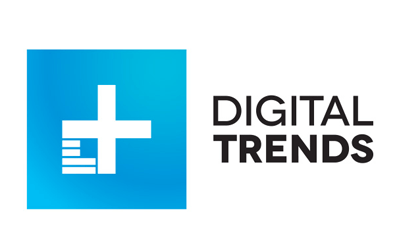 Next year, you’ll be able to buy a phone with special, almost invisible virtual buttons on the side of the body that can control the camera’s zoom feature and shutter button, just like you were holding a point-and-shoot camera, without any physical controls at all.

These virtual buttons will use ultrasonic technology developed by Sentons, the company behind the effective Air Triggers found on the chassis of the Asus ROG Phone 3 gaming smartphone. Digital Trends chatted to Sam Sheng, Sentons’ chief technology officer, about how it works — and why we should be excited.

The Air Triggers on the Asus ROG Phone 3 are set on the side of the chassis and provide customizable virtual buttons specifically tailored for playing games in landscape orientation, removing the need to put physical buttons on the side of the phone. This means there’s nothing to break, no ugly protrusions, no issues with any water resistance, and improvements in ergonomics and functionality.

That’s quite a list of benefits, and with the new CameraBar, Sentons wants to bring the same convenience to a more mainstream audience.

“It’s about creating an intuitive and simple camera experience,” Sheng told Digital Trends, before explaining what it will do in more detail. “It can be a single or double solution [meaning a sensor could be placed at one or both ends of the chassis], so you can slide your finger to zoom, press down to focus lock, and press down harder to take the shot. In selfie camera mode, it turns into a ‘squeeze’ shutter.”

It works using ultrasonic sensors hidden under the frame, and it’s not only flexible in terms of functionality and application, but it’s also far better suited to virtual buttons than other similar technologies.

“We can use ultrasonics to turn any surface into a touch sensor. Carbon fiber, wood, pretty much any stiff material can turn into a touch sensor,” Sheng said. “It’s also the world’s first touch sensor that simultaneously sees force and position at the same time, so we not only see the X and Y axis of your finger, but we see the Z axis, too, which tells it how hard you’re pushing.”

Not all touch-sensitive controls are the same

If you haven’t used the ROG Phone 3 and experienced how well its Air Triggers work, you may have used the touch volume controls on the Huawei Mate 30 Pro or HTC U12+, or the Active Edge on the Google Pixel 3. Those didn’t work that well, but I don’t think these use the same technology. The Mate 30 Pro used a capacitive sensor, which has several downsides. You can’t just rest your finger on it, as it will constantly activate, and they don’t work when your fingers are wet. The Pixel’s Active Edge used a strain gauge, and is a basic implementation that required a lot of force to activate.

Ultrasonic sensors are very different. Sentons’ sensor works when your finger is wet, when you’re wearing gloves, when your phone is in a case, and even when the phone is entirely underwater. But the real secret to its usability is in the bar itself, and the software behind it, Sheng said:

“From a hardware standpoint, the CameraBar is an extended version of the sensors we’ve done already, but it’s larger and higher resolution, and the UX has been tuned in conjunction with the manufacturers. The shutter button’s position will be where you finger naturally lands. We make the bar longer so you don’t have to play around with finger position. Positioning can also be automatically or manually set, and the bar can be segmented into two separate buttons.”

Sentons has set the minimum length for the CameraBar to 30mm, so it’s easier to find and press without looking, and so they can activate different features. The Air Triggers on the ROG Phone 3 are highly customizable, but Sheng said any additional features on the CameraBar will be up to individual device manufacturers to make available, in order to make the bars more accessible.

“You can set the length of the bar, how hard you have to push, things like that,” Sheng said. “Tuning will always be available, but remapping functions is a level of complexity that will probably be left to the gaming guys.”

Point-and-shoot cameras all have a similar design, where the body is held in landscape orientation and the shutter button is set under your index finger. It’s fast and natural. Sony brings this type of design to the Xperia 1 II and Xperia 5 II phones, and other manufacturers have sometimes utilized the volume rocker to produce a similar effect.

Virtual buttons replicate the benefits of this functionality without the design downsides of physical buttons, and with the added advantage of being able to be remapped for left-handed or right-handed use. Based on the steady improvements made to the Air Triggers between the first and the third ROG phones, and from the responsiveness seen in Sentons’ demonstration video, the CameraBar should come close to replicating a physical button’s accuracy and ergonomics, which is essential for tech like this to be used consistently.

When will it arrive on a phone we can buy?

“I can’t disclose the customer engagement yet,” Sheng told me, “But I will say there are several phones coming with the CameraBar shortly. Announcements will come early next year.”