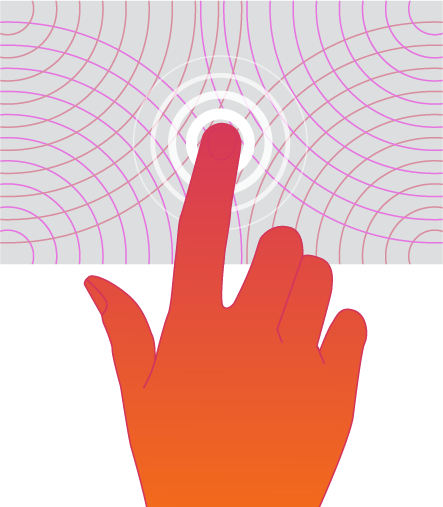 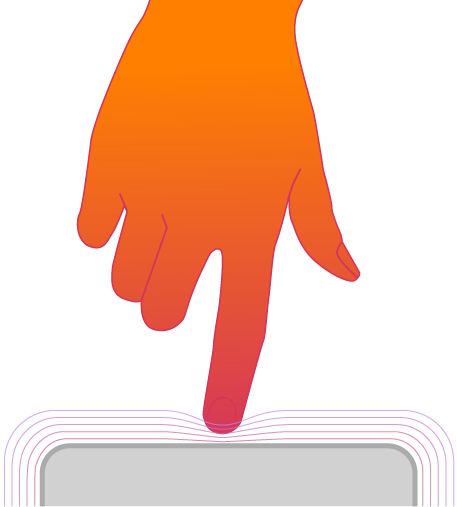 The ultrasonic SDSwave sensors and processors represent a new technology capable of accurately sensing touch and force on unconventional materials and substrates. Force sensing on curved waterfall displays, aluminum or stainless steel, or even bendable/foldable displays all become possible, providing unprecedented levels of design freedom to a device manufacturer.

The basis of SDSwave technology is the use of actively-driven ultrasound waves. Similar to sonar arrays, piezoelectric transducers are attached to the interior of the touch surface, and these transducers are used to both transmit and sense ultrasonic waves traveling through a substrate. As a finger contacts the surface, the wave that has been transmitted is disturbed and the receiver senses the change in the waveform; the pulses in the receiver waveform then correspond to disturbance of the ultrasound vibrations by each touch.