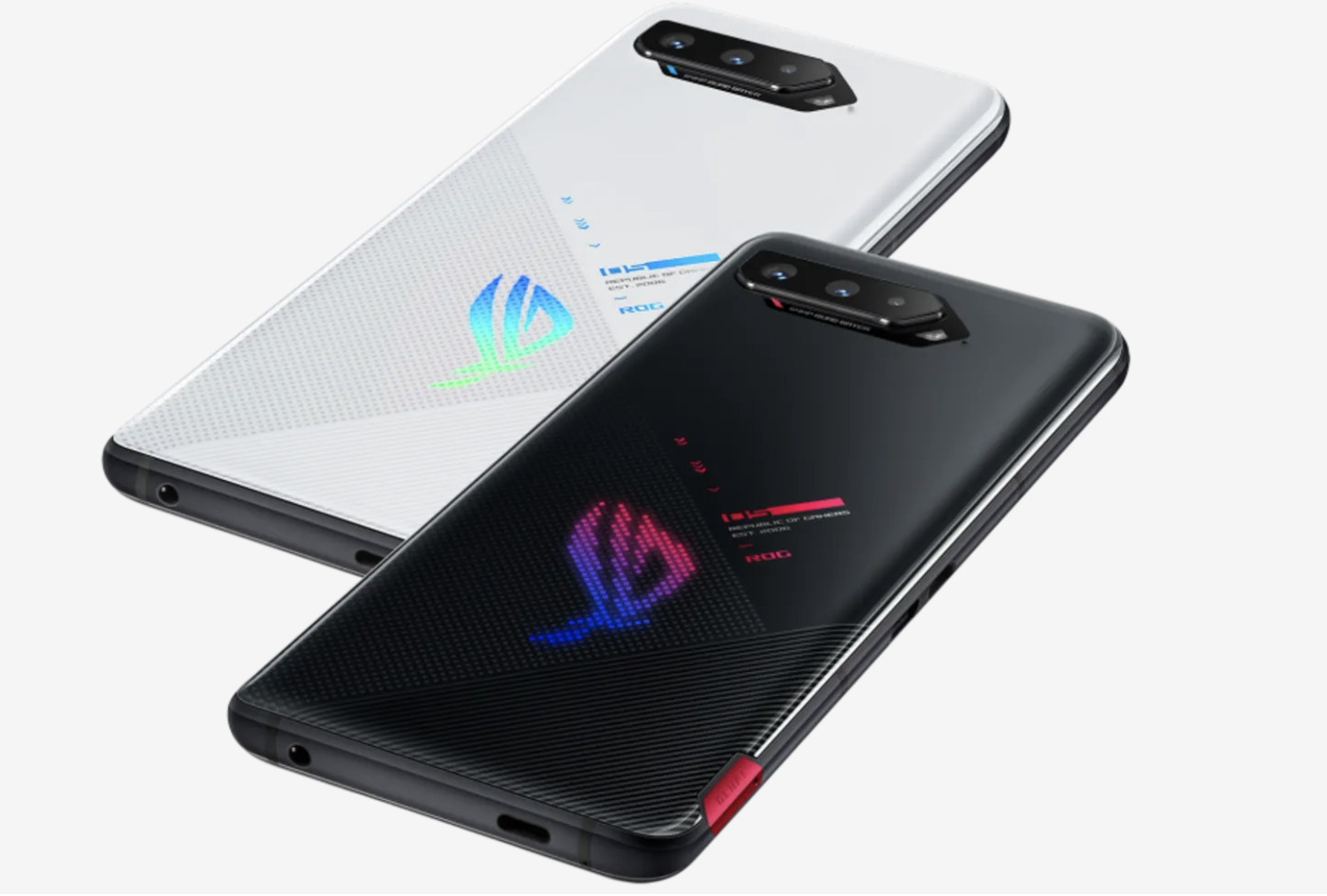 The first thing you’ll notice on the ROG Phone 5 (Asus skipped 4 to avoid bad luck) is an updated design. Asus ditched the attention-seeking active venting channel the company used on the previous model for a sleeker, though still cyberpunk-inspired, back, which this time is available in both black and white. And while Asus increased the amount of RGB lighting, the use of a perforated grille to hide the LEDs results in a somewhat more grown up appearance.

There’s also a Pro model that comes with 16GB of RAM and 512GB of storage, but the real flashy model is the ROG Phone 5 Ultimate, which packs a whopping 18GB of RAM and, more importantly, features a rear panel with a built-in black and white screen that can be programmed to display whatever you want.

I really appreciate all the little tweaks Asus made to the ROG Phone 5 this generation, including an 800-nit display that’s 200 nits brighter than before, even better front-facing stereo speakers (which is impressive considering the ROG Phone 3 already had some of the best audio on a smartphone), and 300Hz touch sampling for reduced input latency while gaming. Heck, Asus even went so far as to include a new DAC and brought back the 3.5mm headphone jack on the ROG Phone 5, after ditching the port on previous ROG handsets.

And to really improve its mobile gaming cred, Asus worked with Sentons to improve the ROG Phone 5’s fifth-gen AirTriggers, which packs nine tiny piezoelectric sensors into both of the phone’s touch-sensitive triggers to deliver the most responsive on-board controls yet.

The only real bummer right now is that there aren’t official details for when the ROG Phone 5 will be available in the U.S., which means we have to rely on European pricing for now. The standard ROG 5 is expected to go on sale sometime in March starting at 799 euros (around $950), with the Pro model arriving in April for 1,199 euros (around $1,430), and the Ultimate Edition is slated to arrive in May for a cool 1,299 euros (around $1,550).