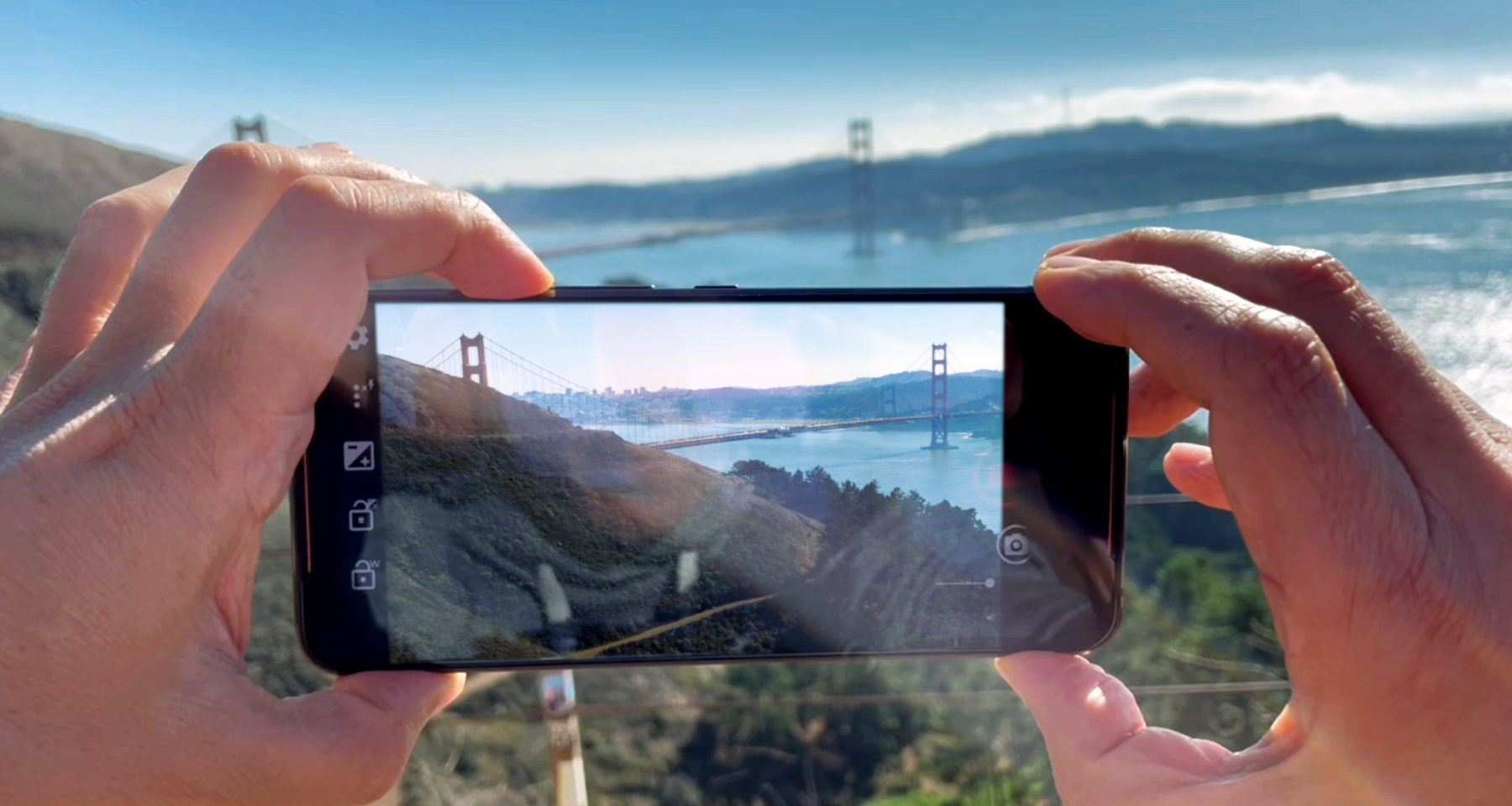 Sentons developed the technology and corresponding software to refine the camera operating system to be as user-friendly as any traditional camera experience. The virtual shutter-release button operates just like a real camera, a light press on the right side sets the focus and a hard press snaps the picture; and a slide-to-zoom feature on the left side for optical zoom.

“Device makers are providing ever higher levels of photography on the latest smartphones, yet camera controls are still not yet at the levels of traditional digital SLRs,” said Jess Lee, Sentons President and CEO. “We’ve decided to change all of this with CameraBar—a modular solution allowing smartphone camera operations to finally reach the same levels of convenience of traditional cameras, and expand the UX beyond awkward tapping on the screen that obstructs the view and constraints how you hold the phone. With this, we continue our trend of bringing new levels of interactivity to mobile devices by bringing back the intuitive, user experiences that consumers have used for decades.”

Powered by Sentons’ SDSwave technology, CameraBar extends the user interface of the device beyond the screen to transform a bezel-less edge into a force-sensitive touch interface that is able to recognize and distinguish presses, taps, slides and swipes, all at different speeds and pressure levels.

SDS CameraBar does all of this whilst allowing phone makers to maintain a sleek design aesthetic. It is composed of ultrasonically modulated discrete sensors distributed within two short bars.

CameraBar joins the Sentons suite of ultrasonic SDSWave solutions. Its launch comes on the heels of SDS GamingBar, one of the most popular gaming trigger solutions for smartphones, which debuted recently in the ROG Phone 3 from Tencent and ASUS, as well as Lenovo’s first-ever gaming phone. CameraBar resides on the same core platform as the high-performance gaming solutions and leverages advanced processing that feeds off the high performance Merkel cell style sense fibers to recognize and distinguish every interaction.