WIRED: Get Ready for More Phones With No Buttons 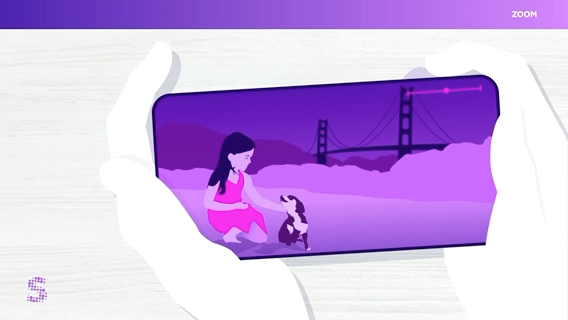 As we inch closer to phones with all-screen designs, physical buttons are on the chopping block.

First, they came for headphone jacks. Buttons are next.

Last week at CES 2020, two companies showed off prototype smartphone designs with no physical buttons. Imagine it: a phone with no dedicated controls to change the volume or toggle the power. Yet if you tapped certain areas on the edges of the seamless screen, the phone would react as though you’d just pressed a power button or thumbed a volume rocker.

In the next few years, there’s a good chance most smartphones will augment physical buttons with digital ones, or just replace them entirely. The transition has already started. The HTC U12 Plus from 2018 was among the first to only use pressure-sensitive buttons. More recently, Asus’ ROG Phone 2—which has physical buttons—also utilizes touch-sensitive areas as shoulder triggers, which is handy for certain types of videogames. And for four years in a row, Google’s Pixel phones also let you summon the Google Assistant with a squeeze.

The phones from HTC and Asus use the same technology from a company called Sentons, based in San Jose, California. Sentons relies on a combination of a piezoelectric sensor and a strain gauge to mimic a physical button. The sensor uses ultrasonic waves to identify where the finger rests on the side of the phone, and the gauge measures force through strain on the surface.

Remi Lacombe, senior vice president of sales and marketing at Sentons, admitted the iteration of its tech inside HTC’s phone wasn’t perfect—in my time with the U12 Plus, I was frustrated by the way the digital buttons would always activate at the most inopportune times—but he pointed to the ROG Phone 2 and said the sensors have improved since. He’s right. The invisible shoulder buttons on Asus’ most recent phone are a big step up in responsiveness, with the added benefit that they offer an extra layer of control when gaming. The prototype phones Sentons showed at CES also reacted to my touch with expert accuracy and zero delay.

But why exactly do we need to get rid of physical buttons? They’ve served us perfectly well over the past decade. Lacombe believes the answer is threefold, but it starts with better industrial design. Designers who have been chasing the ideal of a “seamless unibody” design for phones can finally achieve this goal, as the sides won’t need to be disrupted with physical buttons.

Another reason, he says, is to accommodate up-and-coming technologies such as 5G and so-called waterfall displays—a new type of mobile screen design that bleeds over the edges of the phone. Think of Samsung’s Galaxy phones and their wraparound displays, but with even more usable screen.

“There’s a space constraint,” Lacombe says. With 5G, he explains, the antenna takes up a lot of space around the outside edge of the phone. And if a designer wants to include a waterfall display that curves more completely around the body—what’s known as a 120-degree waterfall—then there’s no space left for buttons.

The argument for eliminating space constraints is valid. It also happens to be the exact same one Apple used in its defense when it removed the headphone jack on the iPhone: It needed more room inside the chassis for its advanced components.

Lacombe isn’t sure the move away from physical buttons will result in as much blowback as the move away from headphone jacks, and that’s because making buttons purely digital allows for a more customizable user experience. Left-handed? You can put the power button on whichever side of the phone you want. Want a dedicated camera shutter button? Go ahead and add it.

A phone that lets you choose your own button layout doesn’t just make the experience more personal. It’s also more enriching. You can imagine, for example, what adding various buttons around the phone would do for mobile gaming—you won’t accidentally block your view of the screen when playing. Or perhaps a dedicated slider button to control focus when capturing video will help when filming. Either way, none of this will happen overnight.

“Users are very trained on the touch interface,” Lacombe says. “You have to slowly move them to new kinds of gestures and a new user interface.”

Ilya Rosenberg agrees, telling me that better phone designs and an improved user interfaces are the key reasons manufacturers will want to adopt buttonless phones. Rosenberg is the CEO and cofounder of Sensel, a company that frequently experiments with interaction design. Its first product, the Morph, is a desktop input device that senses the pressure of your touch and can be used for a variety of applications, from video editing to music production.

Rosenberg showed me a prototype Android phone with Sensel’s sensors around the sides. These high-resolution sensors detect the change in resistance when force is applied by measuring compression—this is different then Sentons’ tech, which measures strain. It works even if you’re wearing gloves or have the phone wrapped in a case. Rosenberg says that Sensel’s system is less limiting too. You can technically use it to add as many digital buttons as you want, while Senton’s tech only lets you place three or four digital buttons on the sides of a phone (not that you’d want to overload a side of a phone with more than four or five buttons).

Rosenberg says most people he showed Sensel’s prototype to at CES saw the lack of buttons as a “natural evolution,” because people have seen companies remove physical controls from phones before—first the keyboard, then the home button.

“People swore they’d never give up the buttons, but here we are with touchscreens,” Rosenberg says. “Everyone we’ve shown it to is like, ‘Yeah, this makes sense; this is a trend,’ and industrial designers love clean unbroken surfaces.”

User interfaces are increasingly becoming more software-controlled, Rosenberg says, pointing to Teslas and their reliance on touchscreens and digital buttons over physical ones.

“There are things that you lose when you get rid of physical buttons, like the ability to feel the buttons. So maybe you lose some of the muscle memory, but you gain the ability for it to change and evolve over time through software updates,” he said.

Some problems will require workshopping. Designers will need to make sure the power button, wherever it will be, can be accessed when the phone is turned off—not only to switch the phone on but to reset it. The haptic feedback also needs to be excellent so users will really feel the traditional sensation of a button press, something Apple has figured out with its Force Touch trackpads on MacBooks.

Lacombe says apps should also be able to access these sensors—you can imagine sliding your finger on the side of the phone to scroll through Instagram—and app-makers would have an easier time supporting these sensors if companies like Google and Apple embraced digital buttons. Lacombe says Sentons is in conversation with Google about this, but even if Google were to add support, it would be much further down the road.

Things are progressing anyway. According to Lacombe, a phone manufacturer will be debuting a phone using Senton’s tech at the annual MWC trade show in February. Also, Rosenberg says Sensel is working with a major laptop manufacturer this year to integrate its pressure sensor into a trackpad.